Louise Shaxson is Senior Research Fellow in the RAPID programme at the Overseas Development Institute, the UK’s leading think tank on international development. Previously a director of the management consultancy company Delta Partnership, her work focuses on improving public sector policy and strategy within the broad framework of evidence-based policy making. She is particularly interested in approaches to stimulate the demand for evidence by policymakers, improving the linkages between research and policy, and how power dynamics affect the ways in which knowledge is supplied, brokered and used in policymaking.

Prior to joining ODI, Louise worked as a natural resource economist and researcher in Africa and Latin America, as a research manager in DFID’s London headquarters, and as a management consultant with government departments in the UK and internationally. This breadth of experience has given her substantial insights into the flow of evidence between research, policy and civil society and how they differ between countries. Her current work in South Africa is helping a government department implement the nuts and bolts of an evidence-informed approach to their work, whether that be developing policies around rhino hunting, waste policies for local municipalities, or reporting on progress being made against South Africa’s overarching goals of a sustainable economy, society and environment.

Louise has written extensively on a range of issues: on knowledge brokering (two with Alex Bielak), the political economy of knowledge in developing countries and research uptake by policymakers. She is currently running the Evidence and Policy Group for a DFID-ESRC funded programme on improving economic growth in low-income countries, which focuses on helping researchers to achieve impact. Louise is also an Associate Editor for the journal Evidence and Policy, and was an Impact Assessor on one of the sub-panels for the UK’s 2014 Research Excellence Framework exercise. 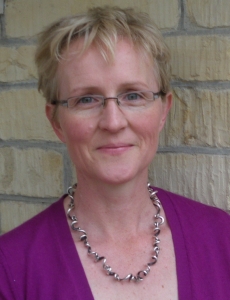